Kochi’s tranquill atmosphere veils the fact that it is the commercial capital of Kerala. It specialises in exporting pepper, seafood, rubber and coir.
But that doesn’t come as a surprise, as Kochi has been the nerve-centre of business activities from ancient times. Trade attracted the Chinese, Jews, Arabs, Portuguese, Dutch and English whose influence is still reflected in the lifestyle of the people. One can enjoy the sight of some of the finest monuments on your travel vacations in Kochi such as the Jewish Synagogue and the Dutch Palace are a product of this cultural melange.

This sea-port city has a small but thriving Jewish community. The area around the oldest synagogue in the Commonwealth is known as the Jew Town.

A stroll down the narrow bylanes of the Jew Town is an experience in itself, as it reveals an enchanting array of curio shops, warehouses and spice auction rooms.Traces of Kochi’s past are still visible in the old tiled houses built in the Chinese pagoda style. Colonial buildings, Chinese fishing netsand mosques take us back in time as well.

The best way to travel around in Kochi is to take the ferry or an organised cruise down the meandering waterways. The unending panorama of coconut trees, swaying to the breeze, lagoons and canals with rays of the sun shimmering on the placid water, provides a perfect backdrop for the town. Traditional culture has left its mark on the social fabric of Kochi. Captivating performances of Kalaripayattu (traditional martial arts) and classical dances like Kathakali and Mohiniattam are a major attraction in Kochi. A tapestry of rich contrasts, Kochi is a town worth visiting. 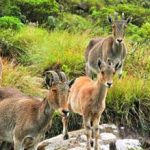 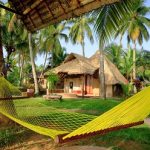 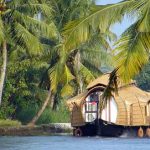